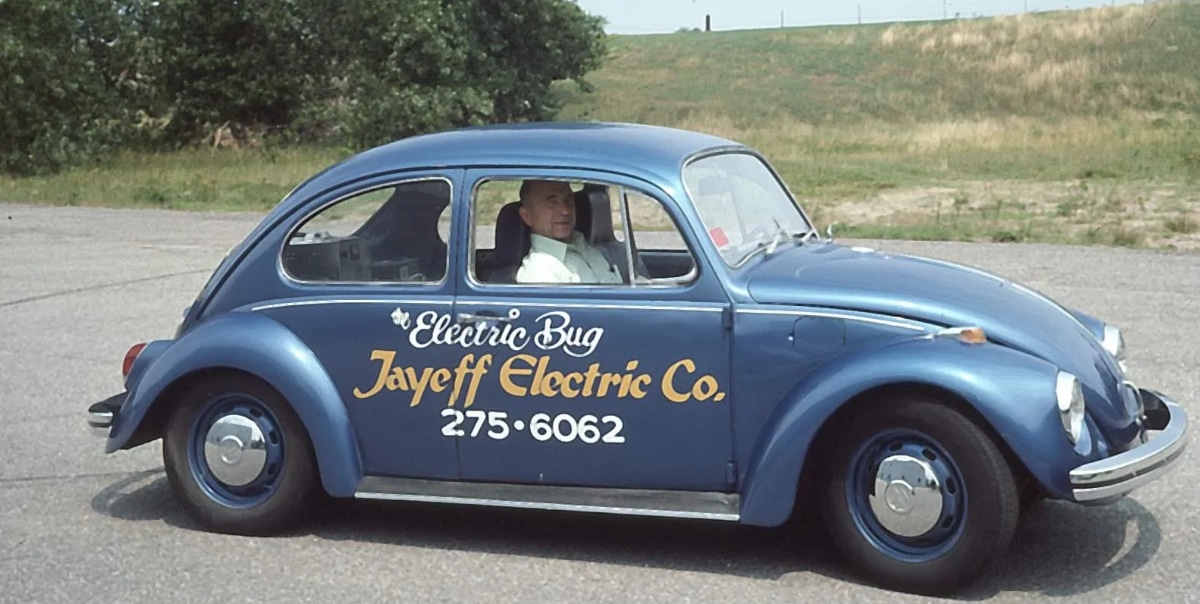 The current race to find cleaner sources of energy echoes another event. Fifty years ago, an oil embargo caused businesses and consumers to rethink their fossil fuel consumption and explore alternatives. This historical event saw the creation of the first electric cars in a century.

Driving an electric car today costs three to six times less than driving a gas-powered car. So, with gas prices so high, demand for EVs is booming. While EV production is accelerating and countless new models are on the way, many people are exploring ways to turn their current vehicle into an electric one, and several companies are now selling retrofit kits to enable car owners to remove their internal combustion engine (ICE) from a vehicle and install an electric motor instead.

The conversion concept is not new. John Filios of Bedford, Mass., was tired of higher gas prices in 1976 and purchased a kit to turn a VW Beetle into an electric car. His DIY installation involved replacing the back seat and incorporating 800 pounds of gear, mostly batteries. It took all night to charge the car using the equivalent of a Level 1 charger today. Filios got a range of only 35 miles going 40 to 45 mph, but that was enough for his commute. Operating the car on electricity cost half as much as it did to operate on gas.

Filios’ kit cost $1,549 back then, or less than $10,000 in 2022 dollars. Today, a conversion kit typically costs about $6,000 in parts and up to $3,000 for batteries and installation. This is about the price difference between the EV and ICE versions of some cars with both models. However, it will cost two to three times as much as to convert a classic car or a hot rod. All cars can theoretically be converted, but kits work best in roomier cars or, like Filios, you’ll sacrifice passenger room.

Prices fueled changes in the auto market before

The first EV, or “electric carriage,” actually debuted in the late 19th century. By 1912, most U.S. homes had electricity, which helped people accept the first EVs. In fact, during that time, 38% of cars were electric, and only 22% used gas. (steam powered the rest.) But that was the year Henry Ford introduced auto assembly lines that made cheap gas-powered cars with longer ranges and higher speeds. That killed the EV — then.

An infrastructure of gas stations grew up with the interstate, and little thought was given to electric cars until the 1970s gas crisis. Fossil fuel consumption soared until the supply was drastically cut by the Organization of Petroleum Exporting Countries (OPEC), particularly Middle Eastern oil producers. Prices rose from $3 per barrel to $12.

Overnight, governments around the globe were forced to rein in consumption. Fuel shortages caused lines to form at gas stations and rationing to be implemented. It also led to the creation of a federal Strategic Petroleum Reserve to ensure the country maintains a supply of at least 90 days of oil in case of another gas crisis.

Researchers and consumers looked for alternatives to bigger cars from American automakers that used more gas. This was when more fuel-efficient Japanese models gained favor. It is also when another EV, the CitiCar, hit the roads.

In Florida, Sebring-Vanguard produced the CitiCar from 1974 to 1977. It was a small two-seater that resembled a golf cart but had a plastic body. The most-powerful model had a 40-mile range. With a $3,000 price tag, they sold more than 4,400 of them, making the CitiCar the best-selling U.S. EV until the Tesla Roadster.

When gas prices went back to normal, the CitiCar and interest in smaller, fuel-efficient cars declined. But the oil crisis clearly raised concerns about dependence on fossil fuels long before people recognized the pollution concerns.

According to Elon Musk, Tesla wants to promote “sustainable transport” using EVs and solar power. Hybrid electric vehicles, however led the way. The success of Toyota’s Prius, which sold more than 10 million cars from 1997 to 2017, got people used to the idea of an electric motor producing exceptional fuel efficiency and low emissions. The Prius was the “green car” for eco-conscious consumers before the current EV evolution.

Crises and innovation are often linked. With climate change forcing reduced gas use, the car industry worldwide is turning green and developing EVs. Innovations and competition are driving further changes, such as the 50% drop in lithium-ion battery costs in recent years.

The oil crisis of the 1970s was a significant catalyst for research into fossil fuel alternatives and the current EV revolution. And with current technologies, drivers can get a much longer range and don’t have to do any DIY installations, not even for at-home charging, thanks to Qmerit’s network of Certified Installers.

Recognized as an industry leader and recommended by several EV manufacturers, Qmerit simplifies installation for EV drivers across the U.S. and Canada. We have an unsurpassed network of vetted installers who specialize in EV charging technologies. Whether your first EV is manufactured as one or retrofitted, we can help you with an upfront pricing estimate for home charging installation. Contact us today.