Get the Most out of Your Nanogrid with a Smart Panel 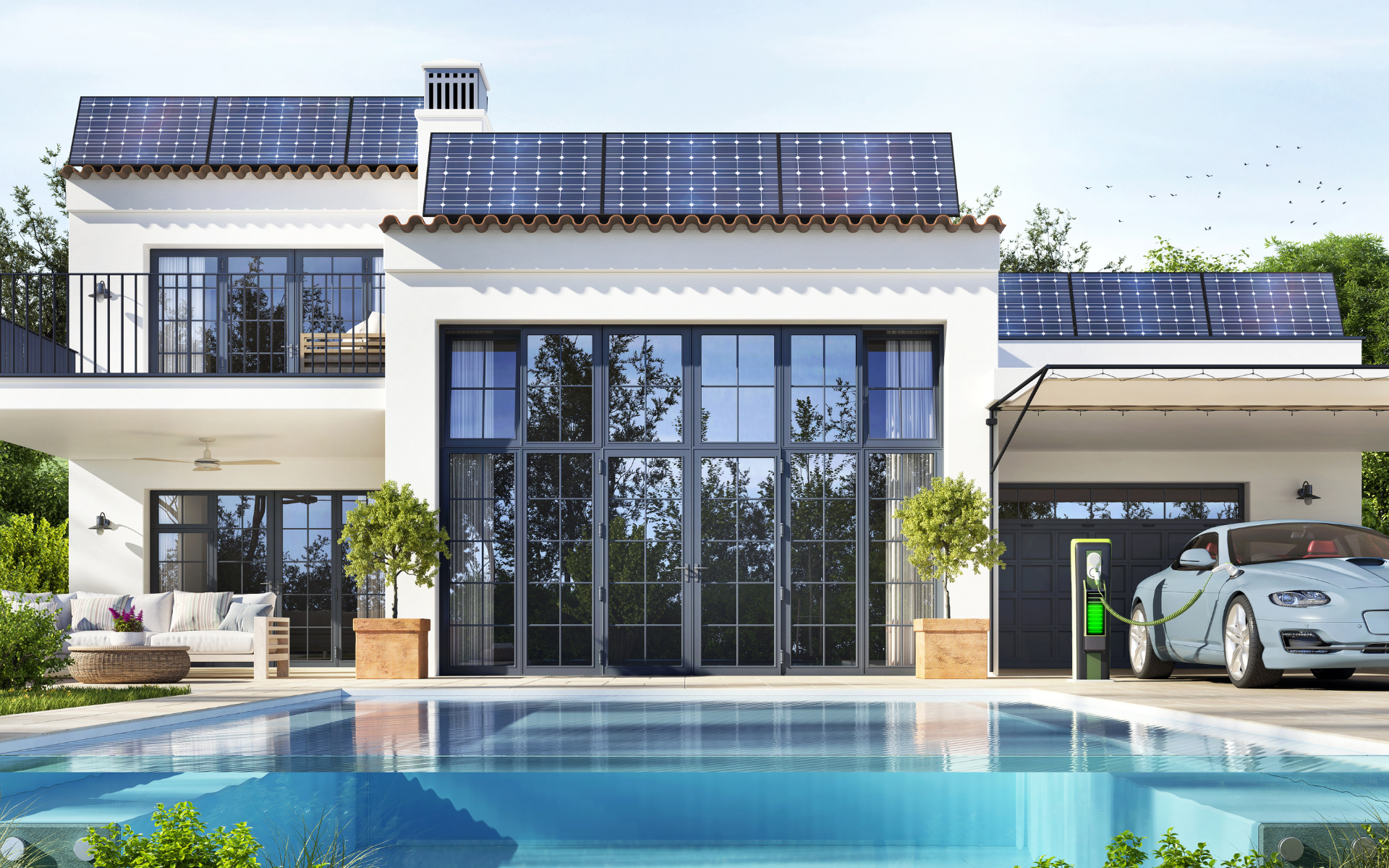 Energy costs are increasing at a rapid rate. On average, electricity prices have gone up 10% in the US in the past two years, and many homeowners are switching to green technologies such as solar to mitigate this. Residential solar installations in the US rose 30% in the last year alone. When paired with a battery and smart panel, you can create a nanogrid to generate additional savings.

What is a Nanogrid

Nanogrids create single homes that can operate independently without being attached to a larger grid such as the one provided by the utility. Homeowners can establish a nanogrid by installing a battery that will act as a power source when the home cannot pull power from the grid, such as during a blackout, or provide power to the home when utility rates are at their peak. Having a smart panel allows you to control this energy flow. You can also supplement the battery with solar panels to generate your power for use at the time of generation, charge your battery for later use, or sell the excess power back to the utility. Setting up this type of system gives you control of your energy, which provides you with built-in resiliency and has opportunities for financial savings both with how you buy power and how you use it. Nanogrids allow you to take full advantage of different utility rate programs as well as control and monitor the energy usage in your home.

Many power companies charge different rates for electricity on different types of rate structures. Some utilities use a “time-of-day” scale that adjusts the cost of electricity depending on the time of day to compensate for higher demand during “peak” hours and lower use during “off-peak” hours. Typically, the utility will increase the kWh cost during times when people tend to use more energy. This equates to homeowners paying the highest rate for electricity when they need it most. Homeowners with a nanogrid can store power in their battery during off-peak hours to be used later when prices are higher. A good comparison of this is buying in bulk when things are on sale to recognize future savings.

If a homeowner has installed some form of energy generation such as solar or wind, they can sell the excess power back into the grid. Utilities that operate on time-of-day rate schedules may also have a similar rate schedule for buying extra power from homeowners. Selling this excess energy is excellent, but, without a battery and smart panel, you must sell it when the electricity is generated, which may not be when the rate is at its highest. With a nanogrid, you can store the excess energy and, if not used, sell it when you choose to gain the highest return on your investment.

Some utilities also have a “peak-demand” rate system where different rate schedules depend on the maximum amount of energy you use at any given time (when the need for power is peaking). This can be incredibly impactful for homeowners with one or more electric vehicles. Many EV owners opt to have an @Home Level 2 charger installed when they buy their new car because the charger that comes with the vehicle is inadequate for most people’s use. @Home Level 2 chargers operate on a dedicated 240V circuit and draw up to 100 Amps, or 24,000W (Volts X Amps = Watts). Most homes have at least two vehicles, and, if both need to charge simultaneously, you “demand” a lot of power from the grid at a single point in time if charging simultaneously. This raises your peak and can put you in a different rate class. With a smart panel controlling your nanogrid, you can shave this peak demand by using your battery for part of this power instead of pulling it all from the grid. A smart panel can also be programmed to charge your vehicles at certain times, limiting the energy used to reduce this peak in your usage even further.

As mentioned, a nanogrid paired with a smart panel gives a homeowner control of the power used in their home. When nobody is home, entire circuits like your HVAC system can be turned off to save energy. Suppose the house will be vacant for an extended period, such as vacations; additional circuits can be turned off to save energy on many appliances’ parasitic load. Any device that can be controlled through IoT, voice, or a remote control never entirely turns off. These types of devices constantly draw a small amount of power in order to respond to these commands. This small amount of energy is known as a parasitic load. In the event of a power failure, smart panels can also prioritize critical circuits like refrigerators to prevent food spoilage if your battery is not large enough to power the entire home through the outage.

Having a smart panel as part of the nanogrid also gives visibility to your electrical system and, in real-time, will report how much energy each circuit uses. This visibility into how much and where power is used allows homeowners to evaluate their home appliances and make informed decisions on possible replacements or curtailed use. Simply seeing how much energy and, if programmed with the utility rates, the costs associated with our daily lives can motivate change. Switching out large appliances like old water heaters or switching to a heat pump AC system can significantly impact your power bill and can now be quantified accurately. This insight is one of the many benefits of a smart panel, and how a smart panel can significantly benefit your home.

Remember that a trusted contractor is vital for a successful smart technology installation.

As a North American leader in electrification, Qmerit works with a trusted network of certified installers who can help you take this significant step toward electrification.

To get started with your home electrification, contact us today.